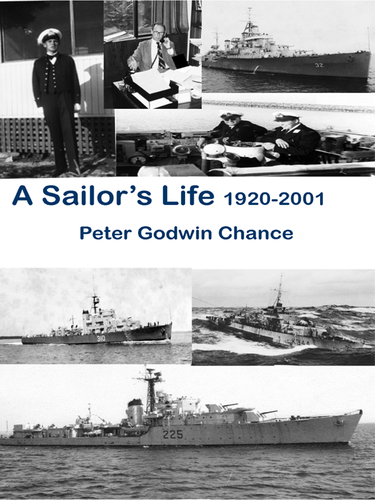 Life and times of Commander Peter G Chance RCN (Ret'd) details his childhood and eventual service in the RCNVR and transfer to the RCN. Witness to the Battle of Britain, Battle of the Atlantic, North Sea convoy battles, Japanese invasion of Singapore, Mediterranean combat and the loss of HMCS Skeena. Postwar service saw service as 1st Lt of HMCS Iroquois and Cayuga, the latter seeing combat in the Korean War and navigator of HMCS Ontario at the Coronation Review in 1952. Later commanding a frigate and a destroyer as well service as Executive Officer of HMCS Shearwater, Canada's home of naval aviation. Illustrated.