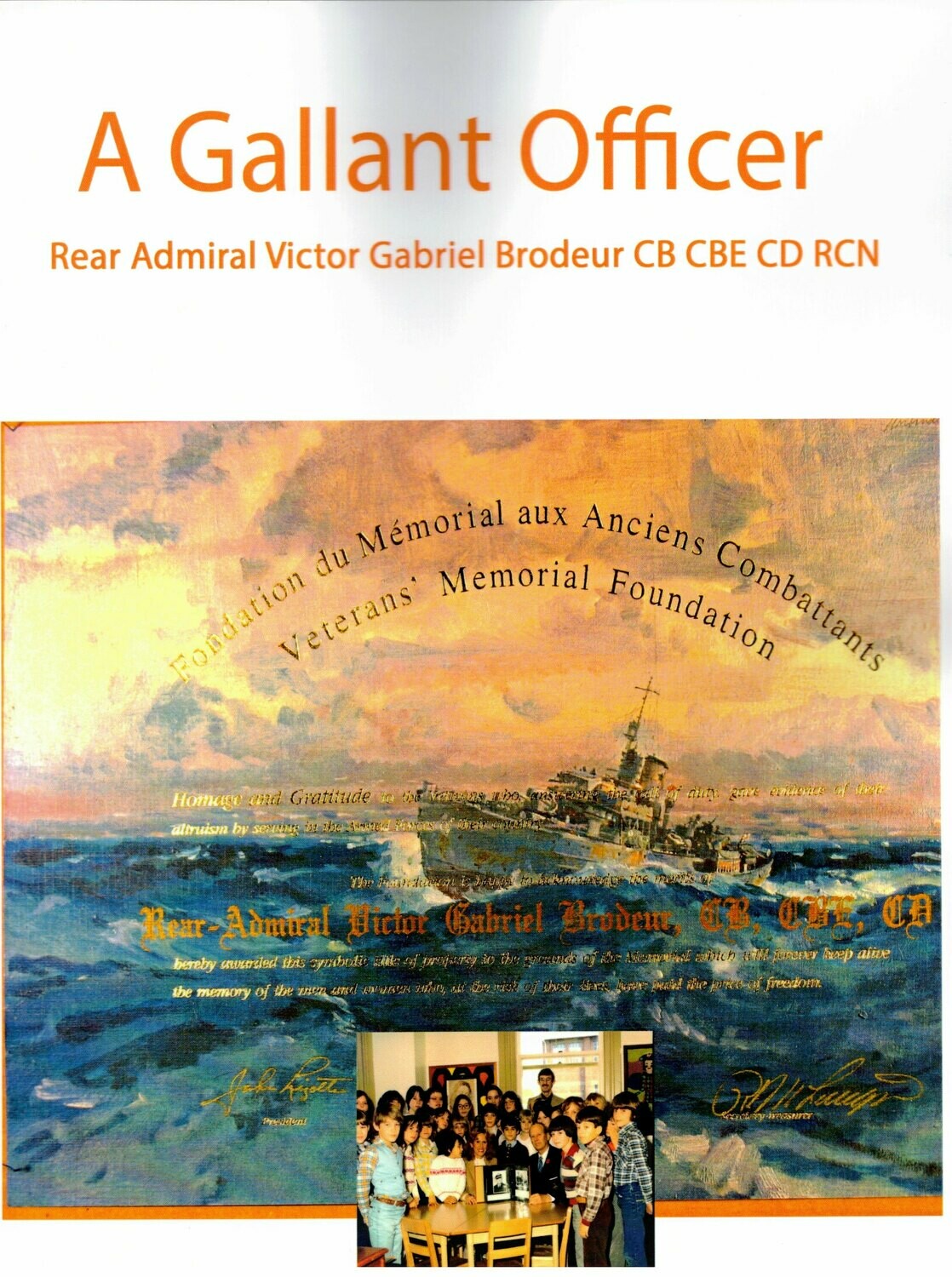 A family photo album of the life of Rear Admiral Victor Gabriel Brodeur CB CBE CD RCN, the first francophone flag officer in the Royal Canadian Navy. This book, with text in English and French, is written by his one Vice Admiral Nigel Brodeur.

The book comes with the same look and feel of the original photo album. Photographs relive the experience of training in cruiser HMS Durban and then service at sea between the First and Second World Wars. During the Second World War, Commodore and then Rear Admiral Brodeur spent much of the time in command of naval and later all Canadian defenses on the Pacific Coast of Canada.

This book makes a great addition to the collection of those interested in Canadian and naval history.